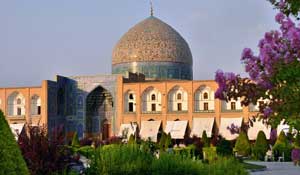 Iran is renewing ties with the world in the hope of drawing foreign investment by presenting itself as a business-friendly market, as western sanctions were lifted against the country following the nuclear deal.

The government has made clear that developing tourism—a $7.2 trillion industry—tops its agenda. This has stoked the interest of investors and international event organizers warming up to Iran.

“Iran is among the last real emerging markets … The only one in the Middle East,” says Scott Antel, a hospitality lawyer who is on the advisory board of the UK-based Bench Events, the organizer of the Iran Hotel and Tourism Investment Conference (Feb. 7-8) at Tehran’s Parsian Azadi Hotel.

Iranian officials plan to increase international arrivals from 5.2 million in 2015 to 20 million in 2025, which would theoretically boost revenue from $7.5 billion to around $25 billion.An oft-cited shortcoming in the hospitality sector is the lack of four- and five-star hotels, which is why tourism authorities are putting in a lot of effort to increase the number of quality hotels from 160 to 400 in the next decade. However, not everyone thinks that is the best course of action.

“Iran is not ready for five-star hotels,” says Ali Borhani, founder of Incubeemea, a Dubai-based strategy consulting firm. “Instead, focus should be shifted toward building three-star hotels, maybe four.”

His opinion is backed up by a report released last week by management advisory firm Sarcheshmeh, in which data on hotel occupancy rates from 2006 to 2015 clearly show that three-star hotels had a steady 55% to 60% occupancy rate in the period, which coincided with the crippling economic embargo that all but isolated Iran.

On the other hand, four- and five-star hotels saw their numbers plummet, though they are recovering slowly.

That may be something that officials are aware of, but little has been done to capitalize on that. Leisure and business tourists often wrestle for rooms during the Iranian month of Ordibehesht (April-May), which is favored for holding business conferences and exhibitions because of ideal weather conditions. The situation is so dire that even three-star hotels are usually fully booked. Experts believe that foreign leisure and business tourists will not have to worry about finding rooms, if those events are spread across the year.

Nevertheless, some hotel groups are considering bringing their five-star luxury brands. “We’re looking at Iran as a long-term investment, so bringing our luxury brands is very much on the cards,” says Suravut Thongthaem, senior vice president of Thai firm ONYX Hospitality Group, which owns the popular Oriental Residence brand.

The sentiment is echoed by other hotel groups, namely Shaza and Minor, both based in Dubai, UAE. Shaza Hotels, an affiliate of the prestigious Kempinski Hotel chain, announced last year that it was targeting an Iranian market entry in the next five years.

“I’ve been looking to enter the market for the past five years!” exclaimed Christian Nader, vice president for development at Shaza.

“[Iran] is a great market with a lot of potential … We are very serious about coming here,” added Ramzy Fenianos, vice president for development at Minor.

Even though Mashhad—a city in northeastern Iran that is home to the shrine of Imam Reza (PBUH)—receives more than a third of Iran’s inbound tourists, it does not top their list of target destinations.  “We would open our first hotel in Tehran, because it’s not about the number of tourist [at first], it’s about the level of exposure only available in the capital city,” Fenianos said.

“Isfahan would be the second location,” Nader chimed in.

Industry insiders in Iran opine that foreign-branded five-star hotels would fare better than their Iranian counterparts, because unlike Iranian establishments, foreign hotels are truly five-star in terms of both room rates and services.They are of the opinion that Iranian hotels will have to knock a star or two off their ratings once foreign brands establish a foothold in the country.

Some tourism players in Iran are apprehensive about US President Donald Trump’s anti-Iran rhetoric, worried that it could hamper the country’s steady growth and deter investors from coming. But Trump’s words may not carry weight with those that matter.

“The nuclear deal is not legally binding; it’s a gentlemen’s agreement, so yes Trump could go back on it but the US wasn’t the only country involved in signing the deal,” said Antel, who is a partner at Berwin Leighton Paisner law firm.

“Other countries now have business interests in Iran, so they’re not going to risk losing their business, especially when they see Iran is sticking to the deal,” he added.